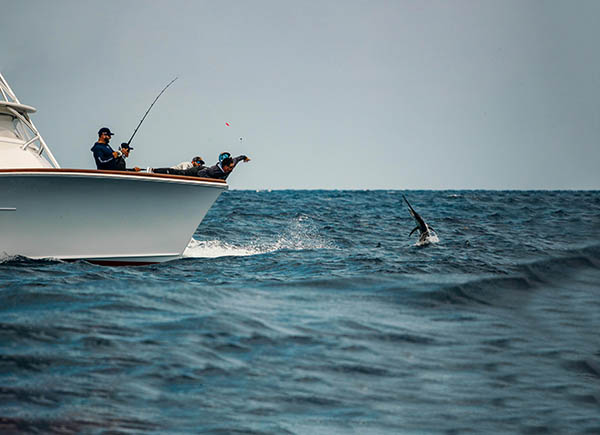 On January 13, 2022 an infantry of elite sailfishing teams will converge on Sailfish Resort & Marina to prepare for Operation Sailfish, Leg 1 of the highly touted Quest for the Crest Sailfish Series. Their mission: 2 days of battle against sailfish on the high seas off West Palm Beach, FL. What’s at stake? An $800,000 purse and the exclusive champions dog tags will have teams focused and ready to make every release count!

The military undertones of Operation Sailfish were created in honor of true American heroes – our United States Military. A signature “Take a Hero Fishing Day” is hosted during the tournament to thank them for their incredible service. Operation Sailfish proudly supports its charitable partner, Operation Homefront, a 501(c)(3) organization whose mission is to build strong, stable and secure military families that can thrive in the communities they’ve worked hard to protect.