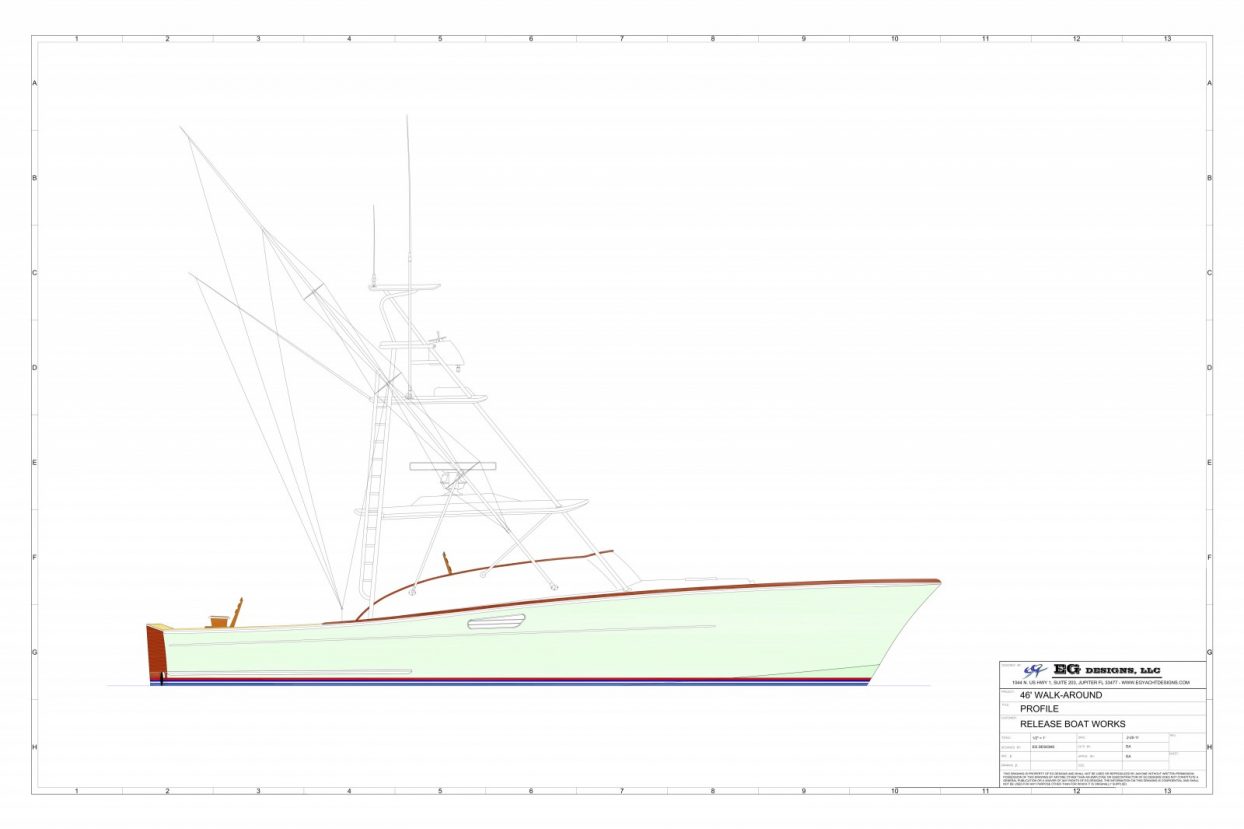 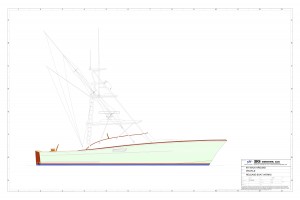 While many make the claim, the Release 46 represents a true walk-around. Unlike many large open boats, the Release 46’s deck runs flush from stem to stern. Besides making fishing a full 360 degrees around the boat a breeze, the flush deck adds to the boat’s super-clean appearance. While every boater can appreciate the good looks and superb performance of the Release 46, where she really shines lies in her ability to fish. The 240-square-foot cockpit harbors an arsenal of tackle storage, a bait prep center, a 50 -gallon transom bait tank, and three large-capacity insulated fish boxes equipped with in-line macerators and optional icemakers. They can even be plumbed as Baitwell! Everything a dedicated saltwater angler needs. In addition, ample rod storage throughout the boat means that owners can be ready for any fishing situation.
The Release 46’s helm deck provides a great platform for watching baits and can be air conditioned for added comfort. And the starboard-side helm console frees up loads of guest space and provides easy access to the steps down into the cabin. A pair of Zeus POD’s mean quick spinning and maneuvering when chasing a lively fish.

With her “Florida Custom” lines, the new Release 46 Walk-Around is a real head turner but, its striking looks pale in comparison to its performance. You will find that the Release 46 trolls and drifts in a beam sea with the stability of a cement barge. Heading up-sea, the knife-sharp bow cuts into the waves perfectly, providing a smooth ride.
However, seaworthiness doesn’t qualify as this boat’s best performance facet; You’ve never experienced an inboard-powered 46-footer get up on plane like the Release 46. The jump is virtually instantaneous, taking mere seconds to plane. The boat tops out at 40+ knots with a pair of 705 hp diesels linked to Zeus POD drives. But even that’s not all! The fuel economy is amazing. Cruising at 33 knots in a 46-foot, diesel-powered, offshore fishing boat while burning only 40 gph? That’s total, not per engine! The word “extraordinary” doesn’t even come close.

Once again, Release Boatworks enlisted the services of renowned naval architect Erwin Gerards to create a design that will be the talk of the docks. Drawing inspiration from Florida’s Golden Age of custom boats, the Release 46 has all the style you would expect from a custom builder. However, by utilizing the latest materials and production methods you are able to get the benefits of production pricing.
The Release 46 hull consists of ISO/NPG Gelcoat, vinylester resins and multi-directional fabrics all sandwiching Core-Cell 600 coring. All of this is vacuum infused resulting in a stronger yet lighter part with an optimal resin to cloth ratio. A layer of Kevlar is added to the entire bottom and carbon fiber is added to the molded string system for added stiffness. Owners can feel safe knowing that Release Boatwork’s design and construction integrity is second to none. The Release 46, like all of our models is a boat that will last a lifetime!

The Release 46 Walk Around offers enough space below deck to accommodate a crowd of people. Exquisite craftsmanship is evident throughout the cabin. The hand-selected woods add a beautiful accent while requiring minimal maintenance, and the gourmet galley with Corian® countertops, a twin-burner cook top and microwave come in handy when feeding a crew of anglers or family. Whether you’re out for a day trip or a weekend-long excursion to the Canyons or the Islands, the refrigerator, freezer, and multiple storage compartments will easily hold provisions for whatever needs you have.