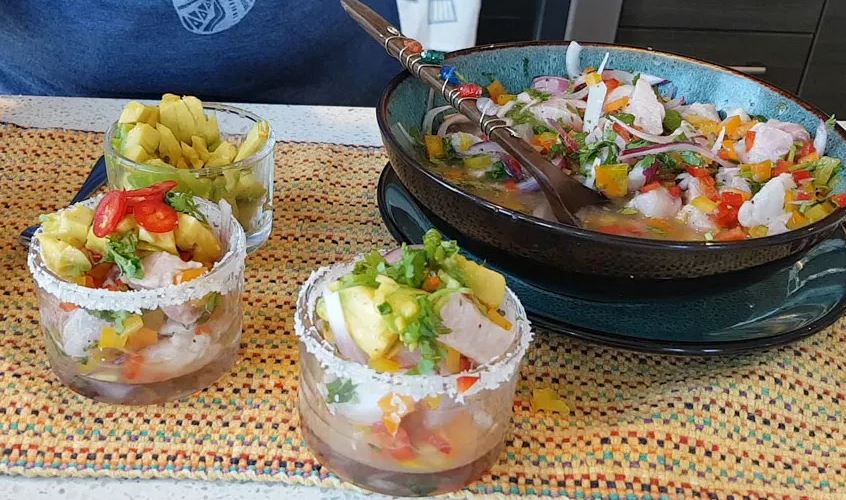 If you’re a fresh seafood lover, there is nothing that compares to your favorite ceviche recipe. While this no-cook dish originated in the coastal region of Peru, there are numerous variations of ceviche in Mexico and Central America, as well as Florida, the Bahamas, and the Caribbean.

In Costa Rica, for example, ceviche mostly consists of fish filet chunks curated in lemon juice and hot peppers topped with fresh cut cilantro and hints of parsley. This method of preparation is similar in Mexico, but shellfish is often added. Panamanians like their ceviche spicy, so they’ll usually incorporate their local favorite peppers – aji chombo – which are basically referred to as scotch bonnet peppers in the U.S.

Floridians are influenced by their neighbors in the Bahamas whose ceviche consists of conch (aka conch salad) or wahoo, and Cuban ceviche usually consists of mahi, squid, or tuna with a hint of allspice.

Once you catch the fish of choice (preferably aboard a Release Boatworks), here is a simple recipe you can mix up right on the boat. It incorporates a secret ingredient that smooths the tartness of the limes used to cook the fish- unflavored carbonated water. Be sure to grab all of your ingredients before you head out, and don’t forget to make enough for everyone, because your boat guests will inhale it!

Mix these ingredients together in a glass bowl*, in this order:

Refrigerate for at least 30 minutes, then serve. You can eat it with a spoon, on crackers, on plantain chips, or with tortilla chips.

* Metal bowls should not be used as they react negatively with citrus acids and make the dish taste tinny.