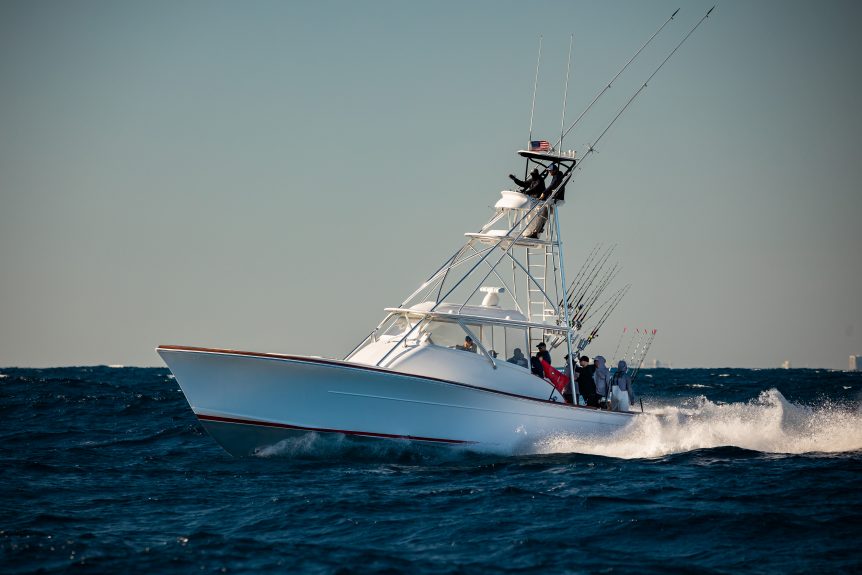 The previous definition of a “walkaround boat” was a fishing boat with a small cabin and 360-degrees of fishability. Some of the boats that have technically fulfilled this definition have lacked hardcore sportfishing cockpits and finer interior accommodations, until now. Release Boatworks has introduced what is now known as a classier “big sister” of the walkaround boats of the past – the walkaround sportfishing boat.

From the 390 Walkaround, to the 450, the 46’, and even the 55’, a Release Boatworks walkaround provides the beautiful aesthetics, cockpit, fishing appointments, and range of a custom sportfish with the ease-of-operation, cabin and galley of a family cruiser, existing in a class all its own.

From bow to stern, the walkaround sportfish makes it easy to fight a fish regardless of the direction they take, or to handle lines from safely inside the gunnel.

The enormous teak cockpit is a fishing platform for the most avid fishing teams, with multiple livewell options (even on the bow!), large fish boxes, endless rod holder configurations, and lots of seating and drink/bait storage on the mezzanine.

The Release Boatworks walkaround sportfish is truly a unique model in the sportfishing community. Call 833-FISH-RBW to start building yours today!