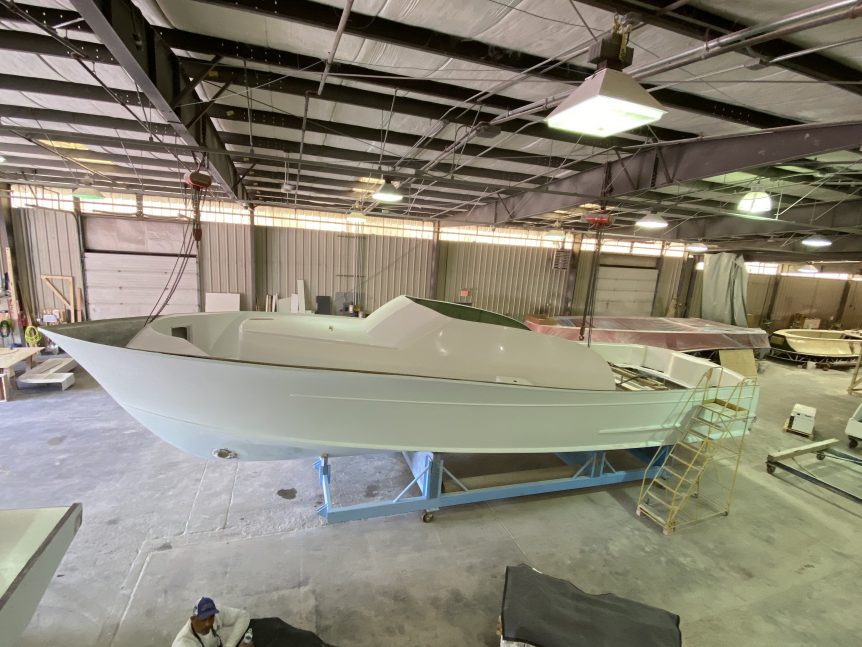 Release Boatworks is currently building Showtime Fishing Team’s next boat, a 46’ Walkaround. Well known for their South Florida sailfishing prowess and their commitment to success, Showtime began their plans for a custom sportfish through the representation of Rey Navarro of RNC Yacht Group in 2019.

Among other accomplishments, Showtime Fishing Team earned 1st place in the Dust ‘Em Off Sailfish Warmup as well as Bluewater Movements’ Final Sail. With high stakes and even higher pressure, Capt. Nick Carullo proceeded to lead Showtime to the coveted title of 2019 Quest For the Crest Champions.

Capt. Carullo also earned honors as the 2019 Contender Florida Division “Captain of The Year” from InTheBite, and credits that to having a committed group of team players, consisting of angler Joe Fernandez (owner), Frankie Villasante, Sarah Melia, and Doug Mientkiewicz. Manning the cockpit are James Clear, Kyle Sherman and Jorge Corzo. The team’s tournament line up is rounded out by Jason Spiewak on the camera.

Since inception of 46’ Release Boatworks “Showtime”, progress has been shared with the public on Instagram via @showtimefishingteam and @releaseboatworks, and in December of 2019, Showtime’s hull came fresh out of the mold.