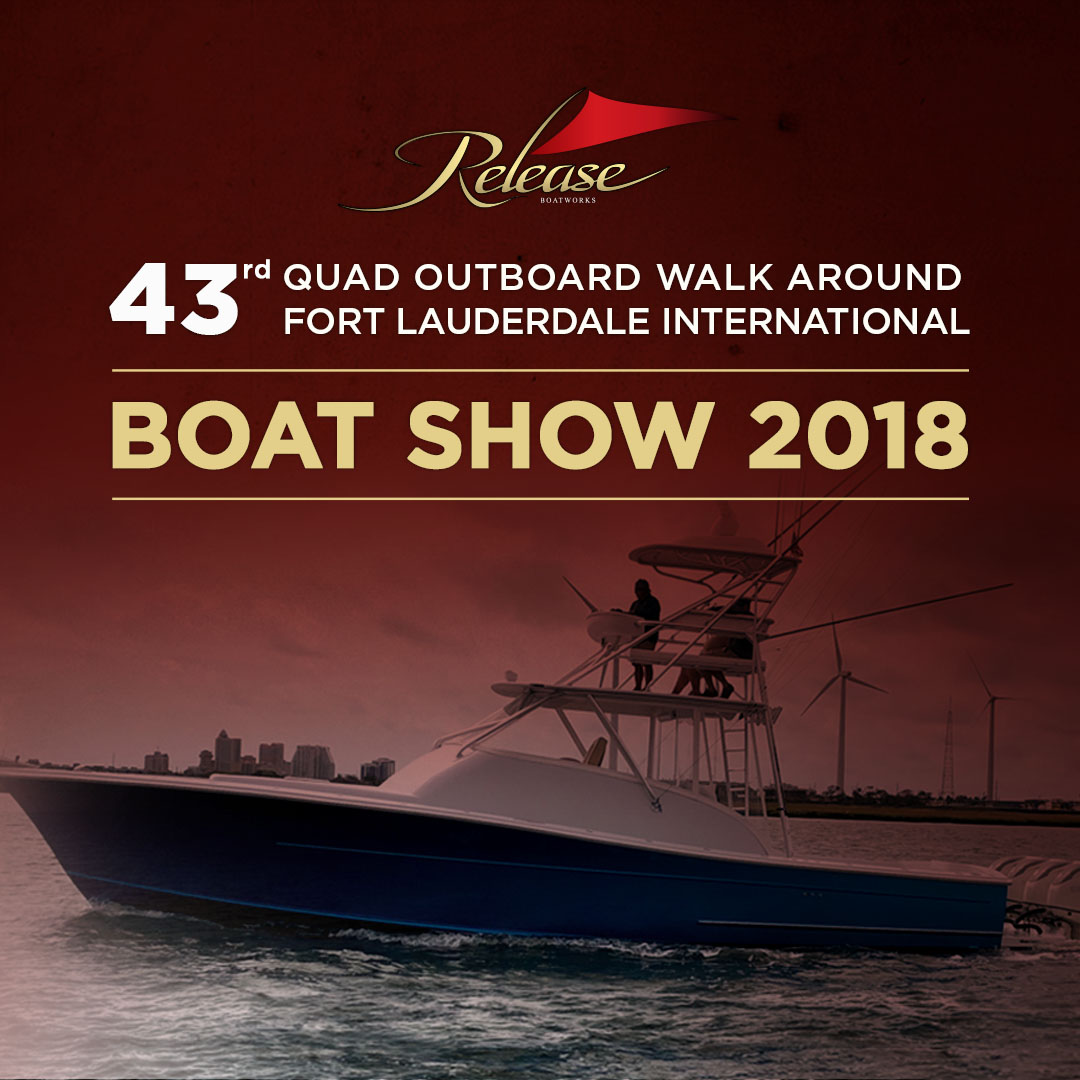 FORT LAUDERDALE, Fla., Oct. 22, 2018 / PRNewswire/ — Release Boatworks today announced the launch of the 43’ Quad Outboard Walkaround at the Fort Lauderdale International Boat Show, which takes place from October 31 through November 4.  The Quad Outboard Walkaround is ideal for downsizing or for use as a game boat to accompany a large yacht. Its walkaround style lends itself to versatility, giving this quad outboard-powered boat some of the best attributes of a center console and a large sport-fisherman. 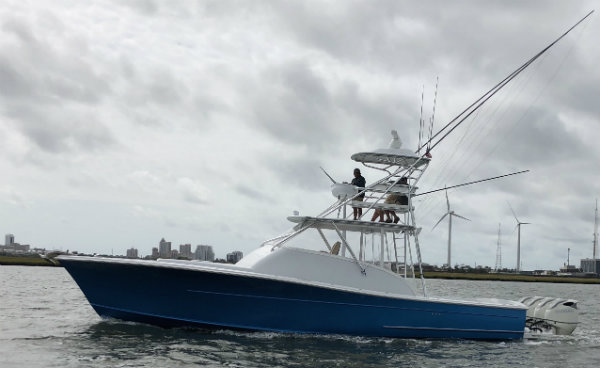 “Over the last decade, most of the custom builders have focused on building 65-foot-plus sport-fishermen, so it’s refreshing to see a serious little fish boat that sports all of the tools needed to take a serious crack at any big-game fishery,” said Jim Turner, Founder of Release Boatworks.  “The new Release 43 Walkaround Outboard is also a great family boat as she can sleep six people and captains can always have a visual on all passengers while running at the helm.”

Powered by four 350hp Suzuki duo-prop outboards, the Release 43 boasts plenty of spunk, yet she can clip along at a nice economical cruise. She offers up excellent visibility throughout the power range, and trolls beautifully, with a clean trail even at eight knots, offering a clean wake for a good working spread.

The cockpit is well laid out, featuring two large in-deck fish boxes on either side. The comfortable mezzanine deck comes with all the same features found on a much bigger boat: five stainless steel refrigerated boxes (three to port) and two deep freezers under the mezzanine to the starboard.

The helm deck is comfortable, with good seating to port with storage underneath. The helm station lies forward on the starboard side and features a teak Pompanette helm seat that offers great visibility of the bow and cockpit areas.

“It’s no simple task to create and deliver someone’s dream, but they’ve handed over several boats now, and each one comes with its owner’s personality attached,” said Turner.  “We fully expect Release to be building more of these 43’ Outboards in the near future.”

For an official copy of this Release Boatworks press release via PR Newswire – visit https://www.prnewswire.com/news-releases/release-boatworks-to-launch-highly-anticipated-43-quad-outboard-walkaround-boat-at-the-fort-lauderdale-international-boat-show-2018-300735385.html