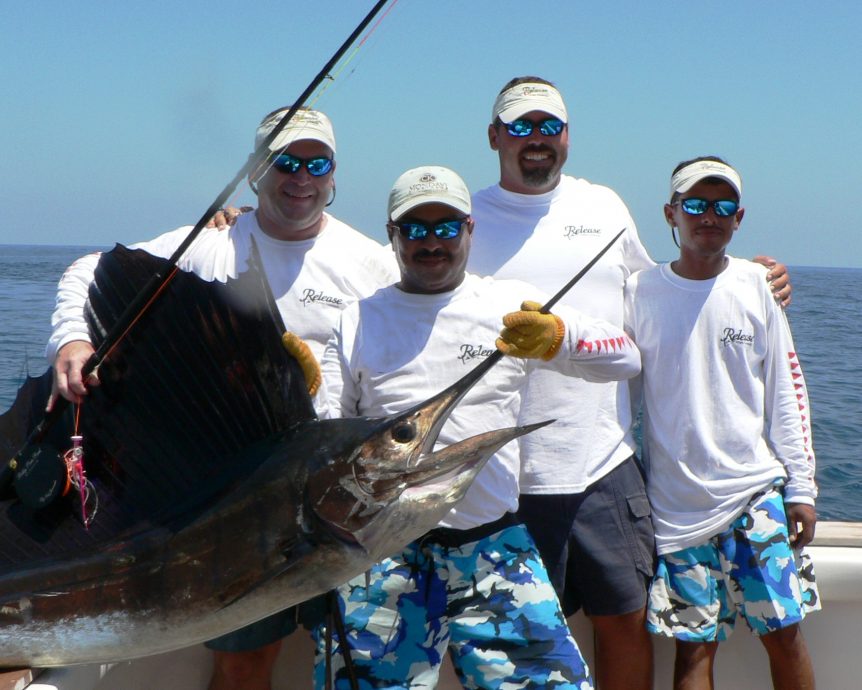 Here’s a story for you! Release Boatworks founder, Jim Turner, had his first shirts made for the name of his original 37’ Merritt, which turned out to be the inspiration for our current builds. The shirts originally had 15 release flags on each sleeve, with the goal being to be the first boat IN THE WORLD to catch 30 sailfish on fly in one day. The original record was 28.

The picture above is of sail #30 for the day when he broke the record with Capt. Chris Sheeder, mate Nico Melendrez, & mate Ricardo de Leon. They went on to release 57 sails on the fly that day, all on 20lb tippet, all within IGFA rules. Jim Turner was lucky enough to be the angler on 54 of them.

To top it off, they were cheersing at the dock by 5pm- a typical charter day. Amongst all of the excitement, it didn’t even occur to Jim that as owner of the boat he could’ve kept the boat out another couple of hours. Time flies when you’re breaking records!