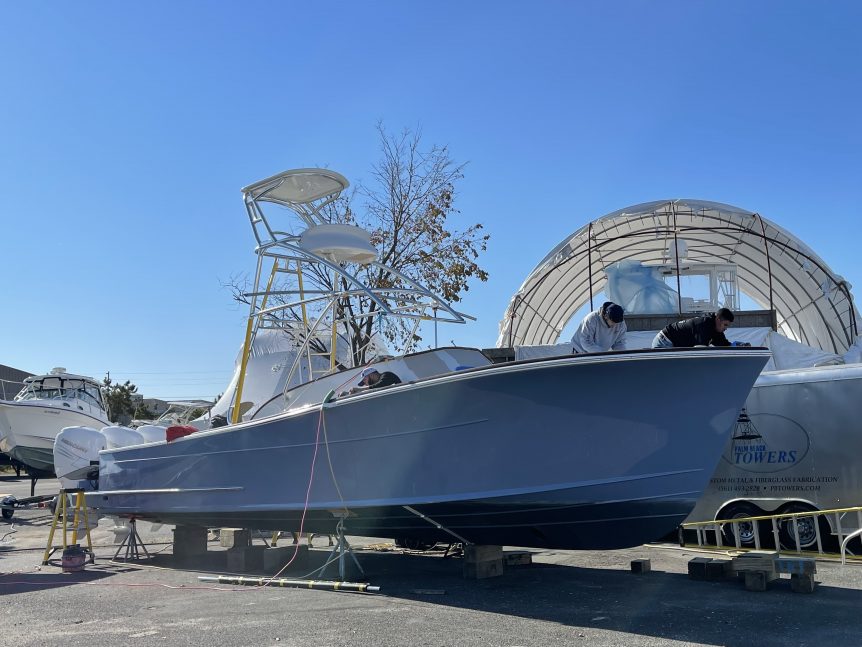 The Release Boatworks Outboard Walkaround is the modified version of our well-known Inboard Walkaround model, re-engineered for owners who prefer outboards. As a builder known for our Walkaround model, Release Boatworks takes great pride in this build as a versatile sportfishing boat that not only caters to the hardcore fisherman, but also caters to families and crews who desire creature comforts and a head-turning traditional aesthetic.

We are currently building four private versions of the 390, but we also have larger plans available for a 450 and 490. As with all of our boats, if you have different preferences when it comes to power and arrangements, we will build your Release to meet your needs.

Here are the full specs for the Release Boatworks 390 Walkaround: https://www.releaseboatworks.com/wp-content/uploads/2021/05/390-Walkaround-Outboard-Release-Boatworks-Specs.pdf

Go here to find more information about our other Outboard Walkaround models: https://www.releaseboatworks.com/outboard-walkaround/