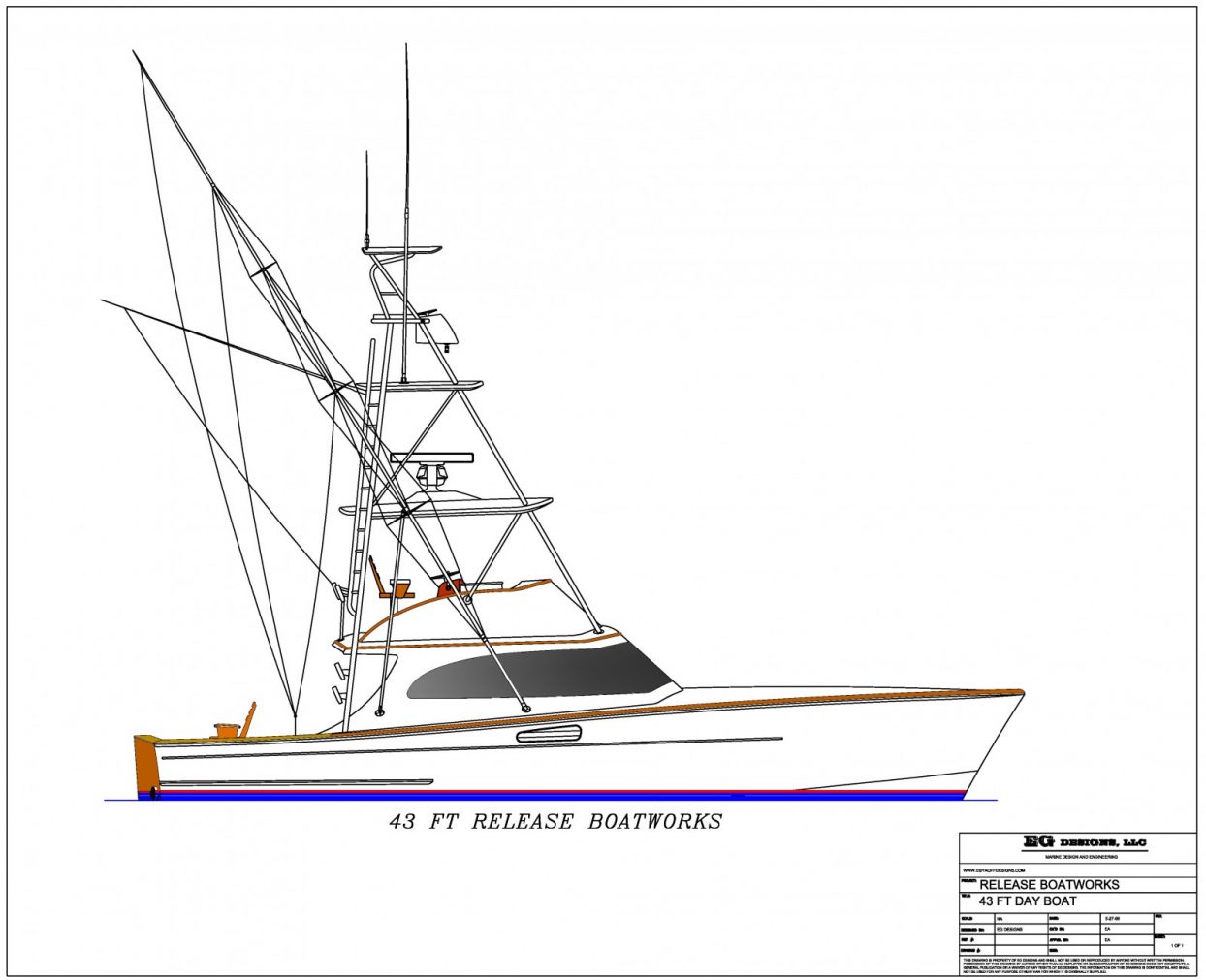 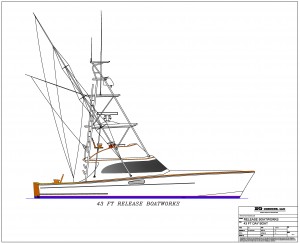 My friend Captain David Salazar and I were standing in the boatyard at Hurricane Cove Marina admiring our handiwork on a completely restored 1962 Rybovich, the Pelagian.  We were putting the finishing touches on another restoration project that had begun nearly two years earlier.  “You know” said Dave, “it’s about time to build your own boat. Aren’t you tired of restoring these old wooden boats yet?”  Well, you can’t get tired of classics – that’s why their called classics!  BUT… Dave’s statement got my props spinning.  Before I knew it I was interviewing some of the best-known Naval Architects in the world, they all had ideas of their own. But so did I, I wanted to build a boat that Tommy Rybovich or Buddy Merritt would be if they were alive today.  Months went by and I was convincing myself just to “copy” my 43’ Merritt. After all many people consider her the greatest sport boat ever.  Well, shortly after my epiphany, I get a call from Erwin Gerards. He tells me he heard through the grapevine that I wanted to design a new boat that was a throw back to the classic day boats of the ‘60’s.  He had my attention – even though I was doing 70mph southbound on Florida’s Turnpike!  After chatting for about 20 minutes Erwin said “I think I get it, I’ll do a rendering and get a proposal to you.” That afternoon I received the rendering and the proposal. And Release Boatworks had begun!