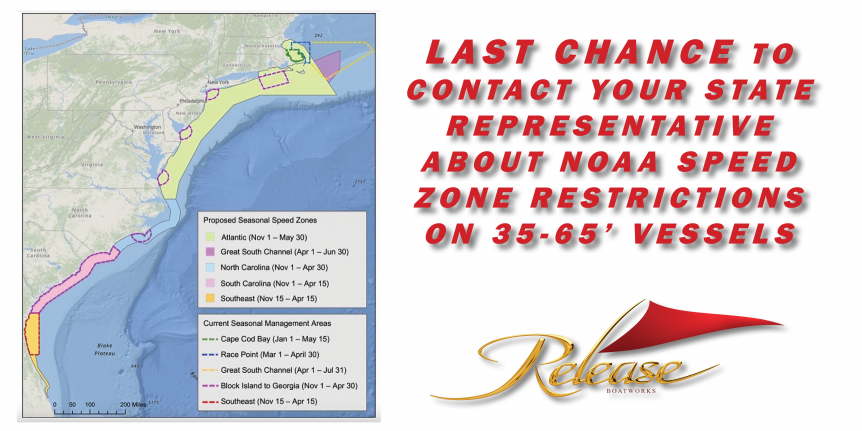 On July 29th, 2022, NOAA Fisheries announced proposed changes to vessel speed regulations to further protect North Atlantic right whales from death and serious injuries resulting from collisions — part of a multifaceted approach to stabilize and recover this endangered population. The changes would expand the current mandatory seasonal speed restrictions of 10 knots or less in designated areas of the ocean and extend to most vessels measuring 35 to 65 feet in length.

According to NOAA, only 9,200 vessels would be affected by the speed restrictions. However, according to 2021 registration data, 63,000 registered 35-65’ recreational vessels from Massachusetts to Florida would actually be affected.

From Marlin Magazine: In a grass-roots effort to pause NOAA’s proposed modifications to the North Atlantic Right Whale Season Speed Zone rule, which was largely developed without stakeholder input, thousands of anglers and boaters have voiced their concerns during the public-comment period to expose serious flaws of this proposal.

Because the comment period ended on October 31st, we now need our leaders in Congress to help us turn the tide on this rule until reasonable solutions can be found.

Additional information on the proposed changes