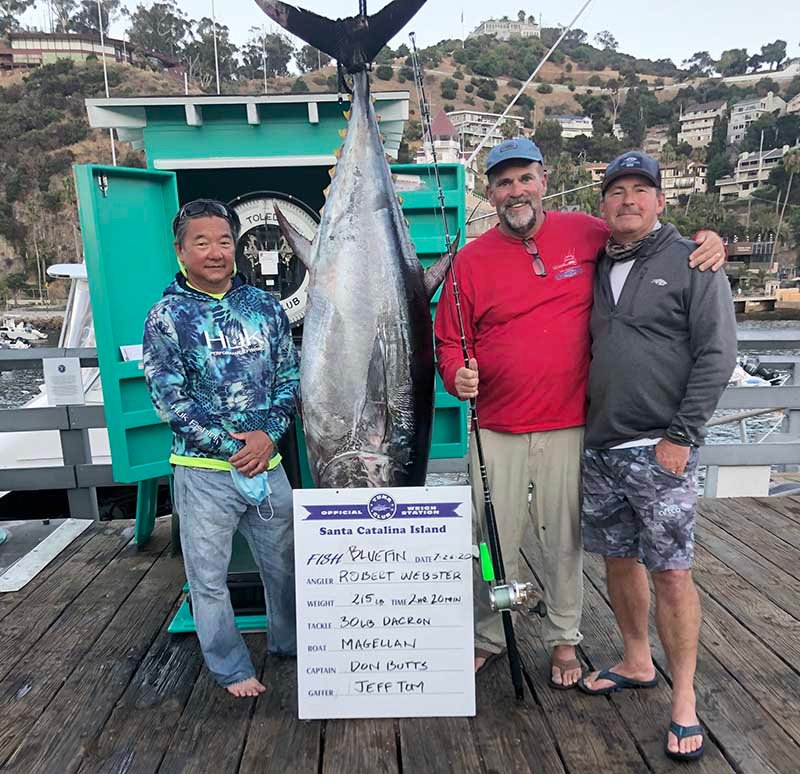 On July 26, 2020, he set out off Southern California on his 40’ sportfishing yacht, Magellan, in search of bluefin. At approximately 10:15 a.m. he hooked up to a large bluefin that took a flying fish rigged on a kite. It was not until nearly two-and-a-half hours later that the crew was able to gaff the fish and bring the massive tuna aboard.

Webster then brought the fish back to the Green Pier Tuna Club scale in Avalon where he got an official weight and secured a club and IGFA World Record. Congratulations, Robert, on a great catch and your first IGFA World Record.