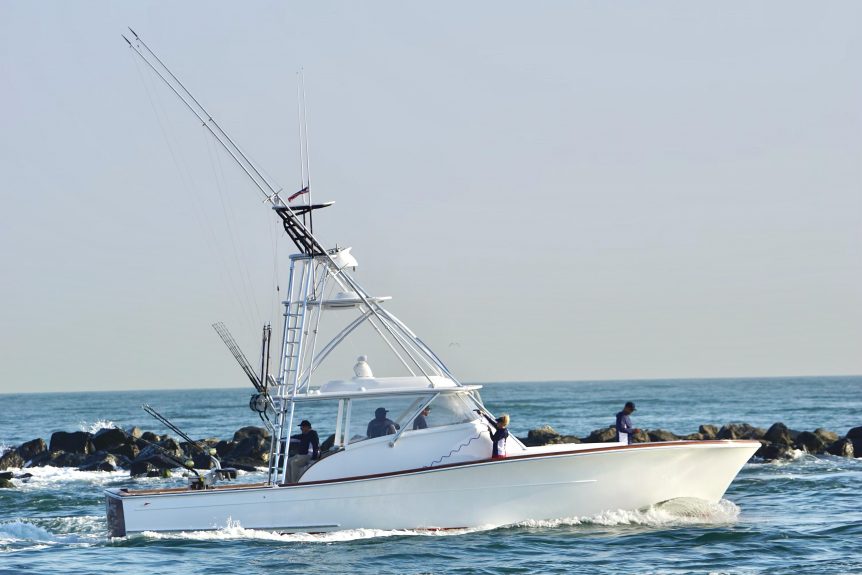 46′ Release Boatworks SHOWTIME had quite the summer. Starting at JJ Fish Week in Atlantic City, the summer crew of Captain Mike Sheeder, Chico Alvarenga, Billy Claire, Elden Downs, Jim Turner, Mike Murray, and Lacey Hagler also went on to fish the White Marlin Open in Ocean City Maryland, as well as the White Marlin Invitational in Beach Haven New Jersey. Special thank you to Scott Jastrzembski and Joe Boccuti for making all of this possible!

Amidst fishing, weigh-in, captain’s meetings, and awards ceremonies, the buzz about the newest 46′ Release Boatworks Walkaround was notable. It’s safe to say, our most popular model was turning heads, and we’d like to thank everyone who came out to take a look at her and sent us photos from afar. If anyone is interested in more information and specs about building one of your own, don’t hesitate to reach out to us with your email address! Our builds are also available as an express as well as flybridge models.

Call 833-FISH-RBW to build your very own Release Boatworks today!