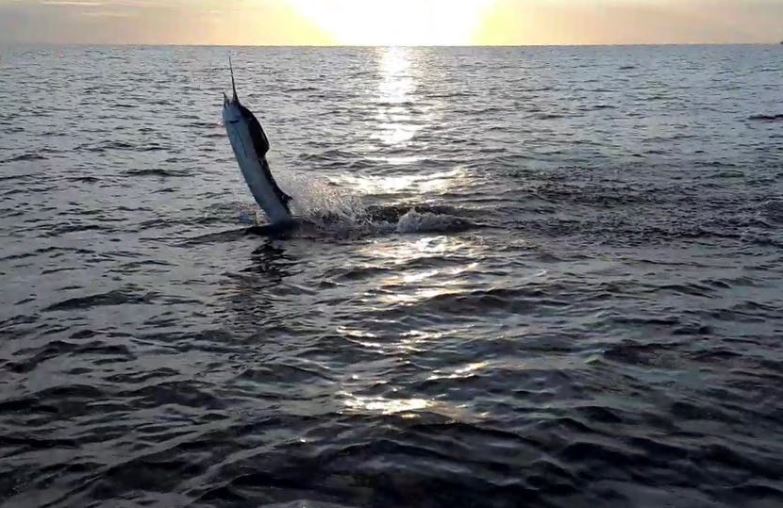 The 2021 Sailfish Challenge begins this week with the kick-off party and captain’s party at Oceanic at Pompano Beach Pier on Wednesday, February 17th. Competition days will be February 19th & 20th, and awards will be on February 21st at Blue Moon Fish Company in Lauderdale by the Sea.

The Quest for the Crest is a 3-leg sailfish series with stops in Palm Beach, Ft. Lauderdale and Miami, FL. The allure of a $2 million dollar purse and a hot sailfish bite attracts some of the top teams in the sport to this elite series every year. The Sailfish Challenge is the second stop of the 3-part series on the path to win the coveted “Burgundy Jacket”, which SHOWTIME fishing team valiantly won along with an $860,000 purse in 2019 after they dominated the entire series with a total of 80 series points. With that being said, we’re placing our bets on one team – SHOWTIME, who also won the first leg of this year’s series, Operation Sailfish.

Both the jacket and the crest that resides on it represent the highest achievement in the sport in South Florida. Privilege is earned in this series where teams go all-in to become the “#1 sailfishing team in the world”.

Showtime Fishing Team’s Capt. Carullo also earned honors as the 2019 Contender Florida Division “Captain of The Year” from InTheBite, and credits that to having a committed group of team players, consisting of angler Joe Fernandez (Owner), Frankie Villasante, Sarah Melia, and Doug Mientkiewicz. Manning the cockpit are Jacek Ozyp, JC Cleare, Kyle Sherman and Jorge Corzo. The team’s tournament line up is rounded out by Jason Spiewak on the camera.

Release Boatworks is honored to be building a 46’ Walkaround for SHOWTIME, and we can’t wait to see them continue to dominate the tournament circuit.

For more information about Quest For The Crest, go here: https://www.bluewatermovements.com/tournaments/sailfish-series/